We thought Cammy might have a great academic testing day since it was the birthday of two of her wicked smart aunts and uncles. 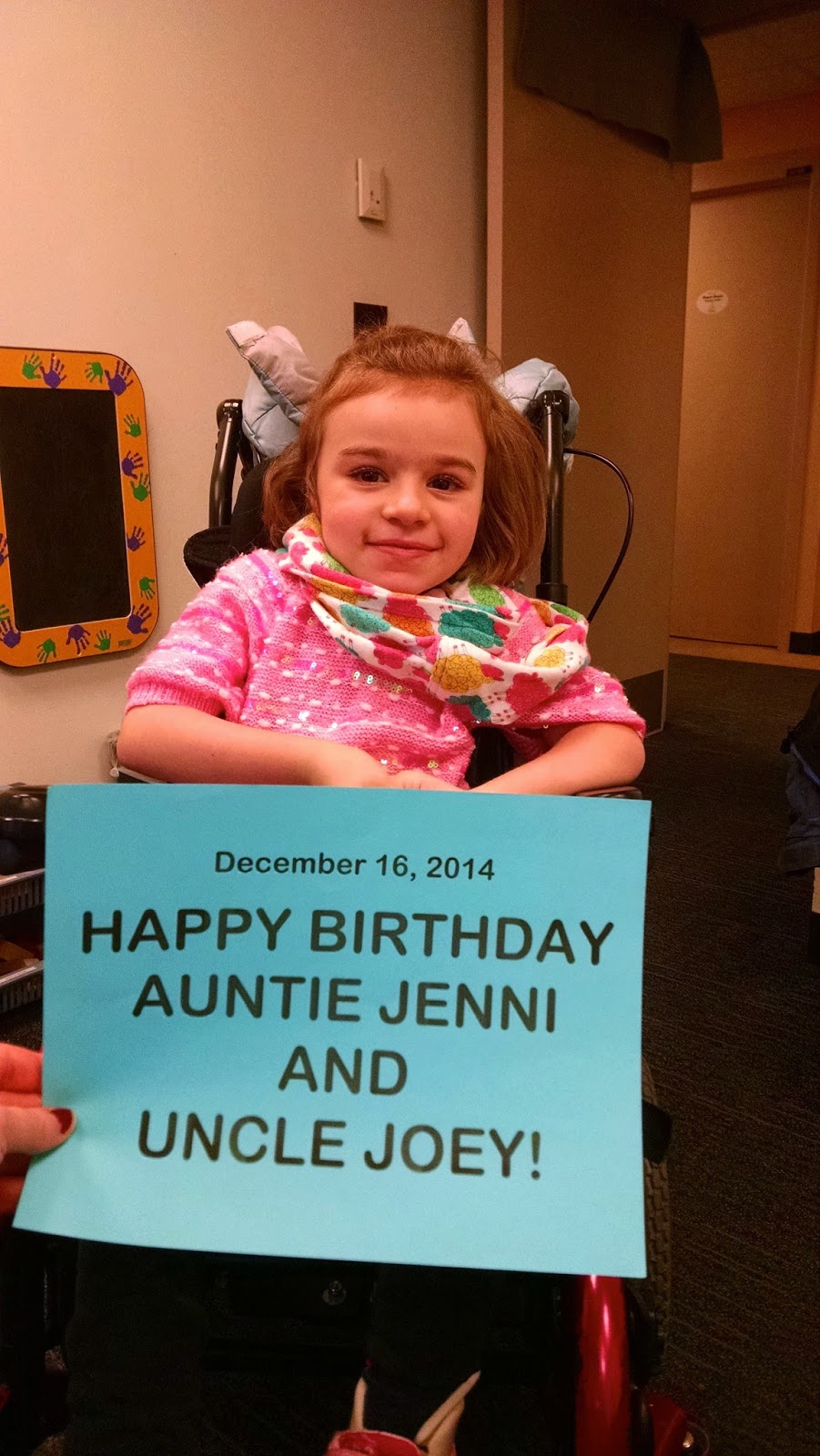 Watching Cammy take the Mullen Scales of Learning test was the coolest experience of this study. We are so lucky to have trained professional who know how girls with Rett communicate who are able to adapt this test and read their eyes. Cammy's eyes are laser fast. Even I was astonished and realized how much I am missing day to day. Franny had to  ask her to repeat her answer a couple times b/c her eyes were so fast. Cammy has been working on look at her answer then look at the person to confirm.

Cammy showed her sassy side, rolling her eyes at Franny with the question she thought were too easy, as if she was insulted to even be asked those questions. She got frustrated if she was asked to repeat her answer because her eyes were too quick. 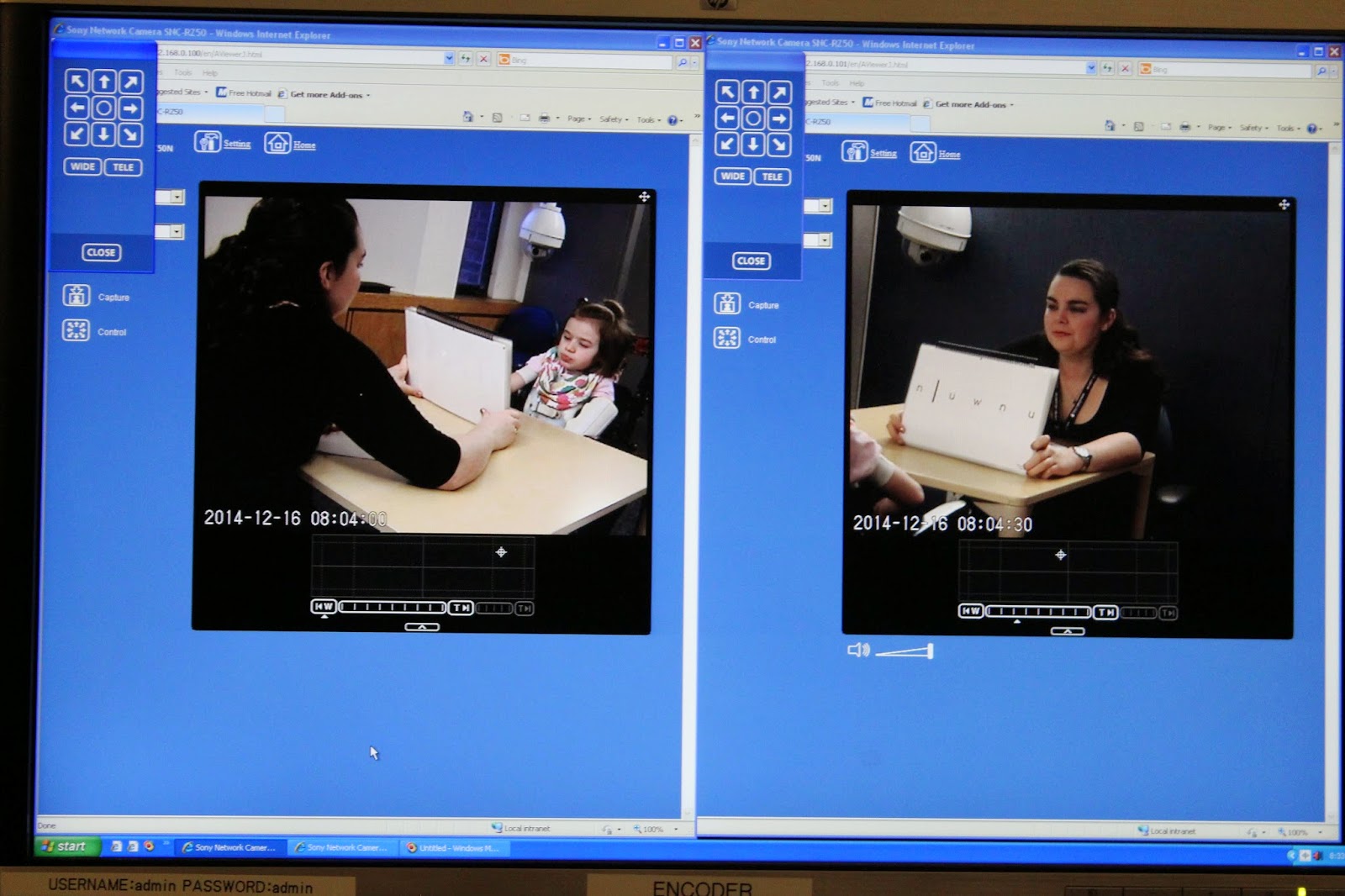 I was completely blown away by how much Cammy was able to express that she knows when she has the right people asking the questions. She showed she knew letters, shapes, terms like first/last. Three hours is allotted for this test because our girls can fatigue easy, need breaks, drinks, bathroom breaks. I was on the other side of the partition. Cammy said "Mom" a couple times when she wanted a drink or a bathroom break. My heart filled with such joy. "mama" is one word she has held on to. I know it hurts Billy that she cannot say "dad" any more, but all mothers know, we need to hear that more. Cammy was SO chatty during this session, vocalizing sounds and letters I hadn't heard before. When Franny asked when the "M" was, Cammy repeating "mom." When Franny asked which boy was first, Cammy made a "B" sound.  She sounded like she did say "boy."  I think she was showing off. 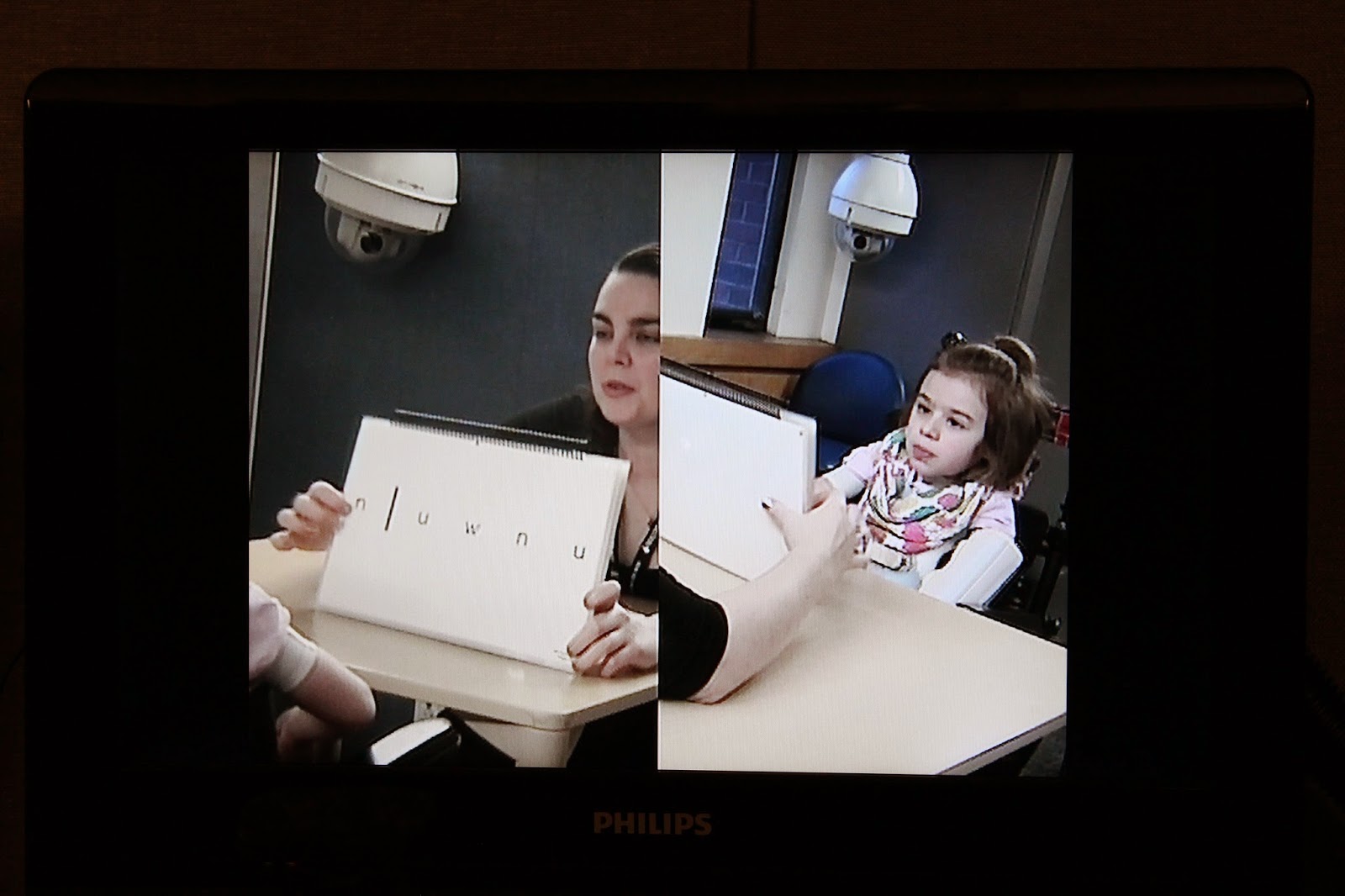 My absolute favorite part was when I went to hear after she called my name. Part of the test asked the child to follow 2 commands, then 3 commands. It's VERY difficult to think of commands for her to follow. With Ryan, I could say "Go to the clock, read the time, come back to me" and she would do it so quickly. With Cammy, I had to ask her to look at objects in a certain order. For 2 commands, I said "If you are thirty, look at the bottle, then look at me." Boom Boom. Done! Now the tricky 3 commands, which I've been asked over phone interviews is she could do, but never had concrete evidence. I asked her to look at a photo that Franny was holding, then look at her milk, then look at me." Boom Boom Boom. I cheered so loudly when she did it.


Cammy was thrilled when she completed the test early.  The team gave us some cookie from their cookie exchange.  They also gave Cammy and Ryan each a "Neuroscientist in training" tshirt. 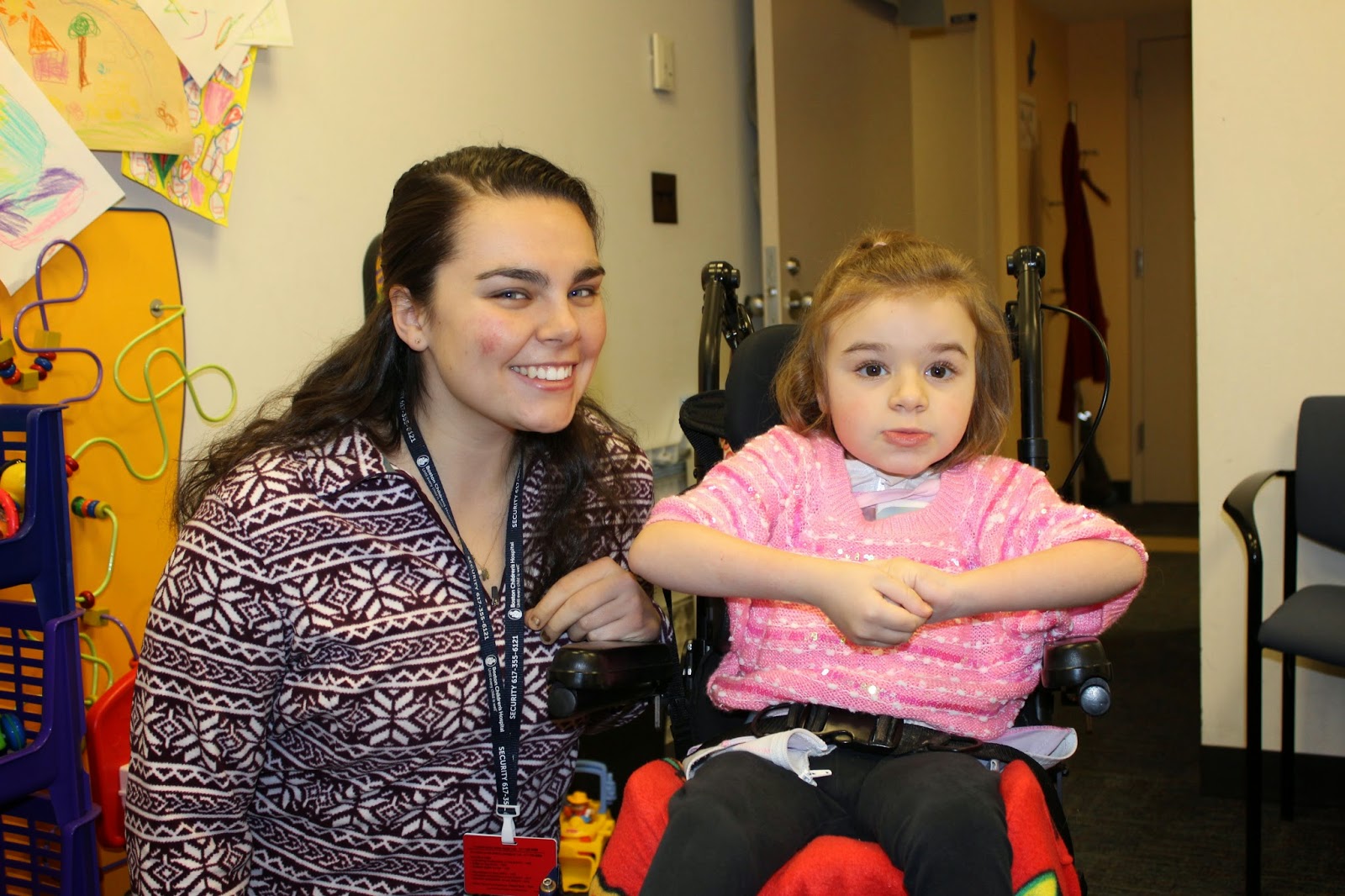 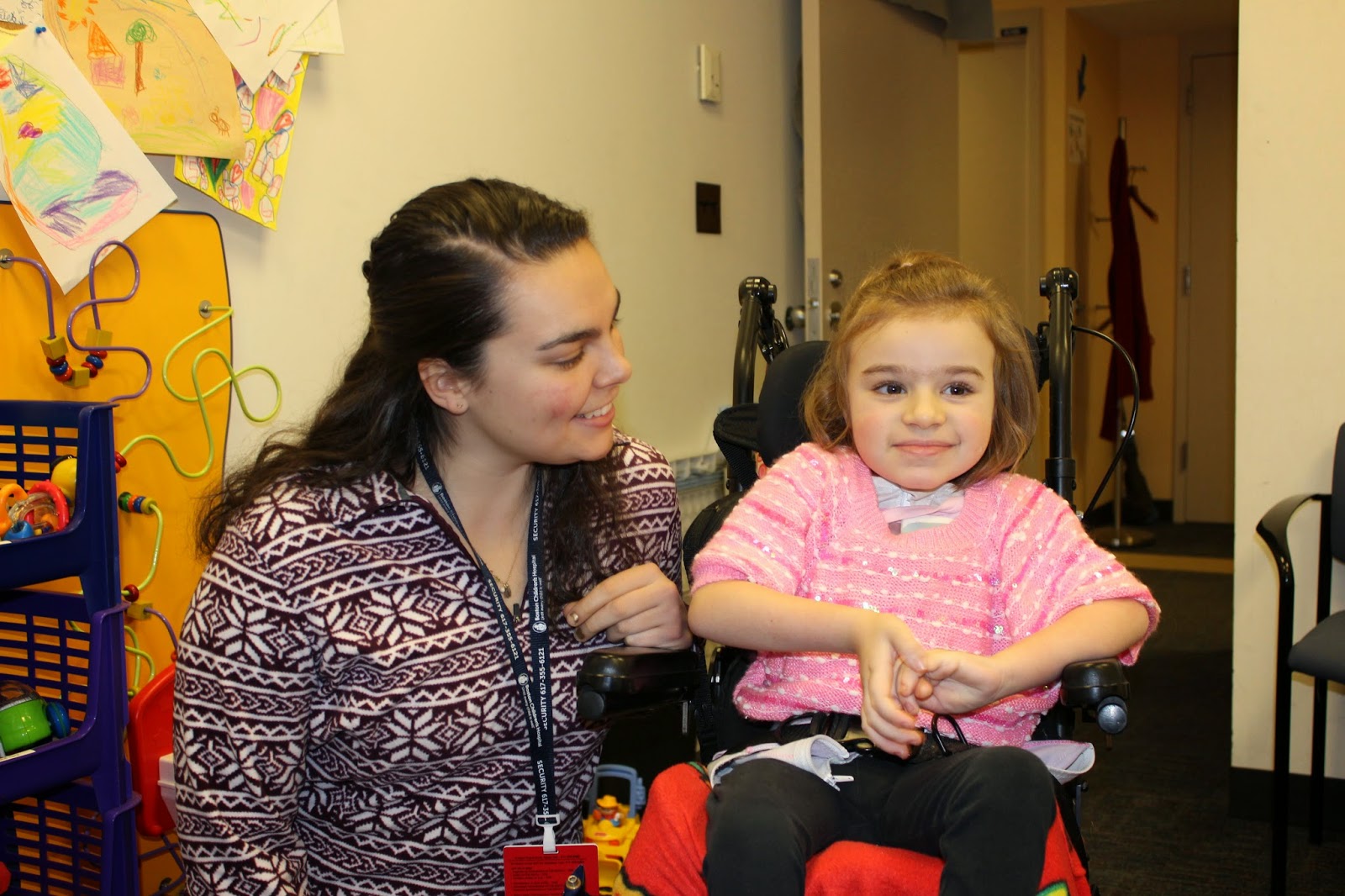 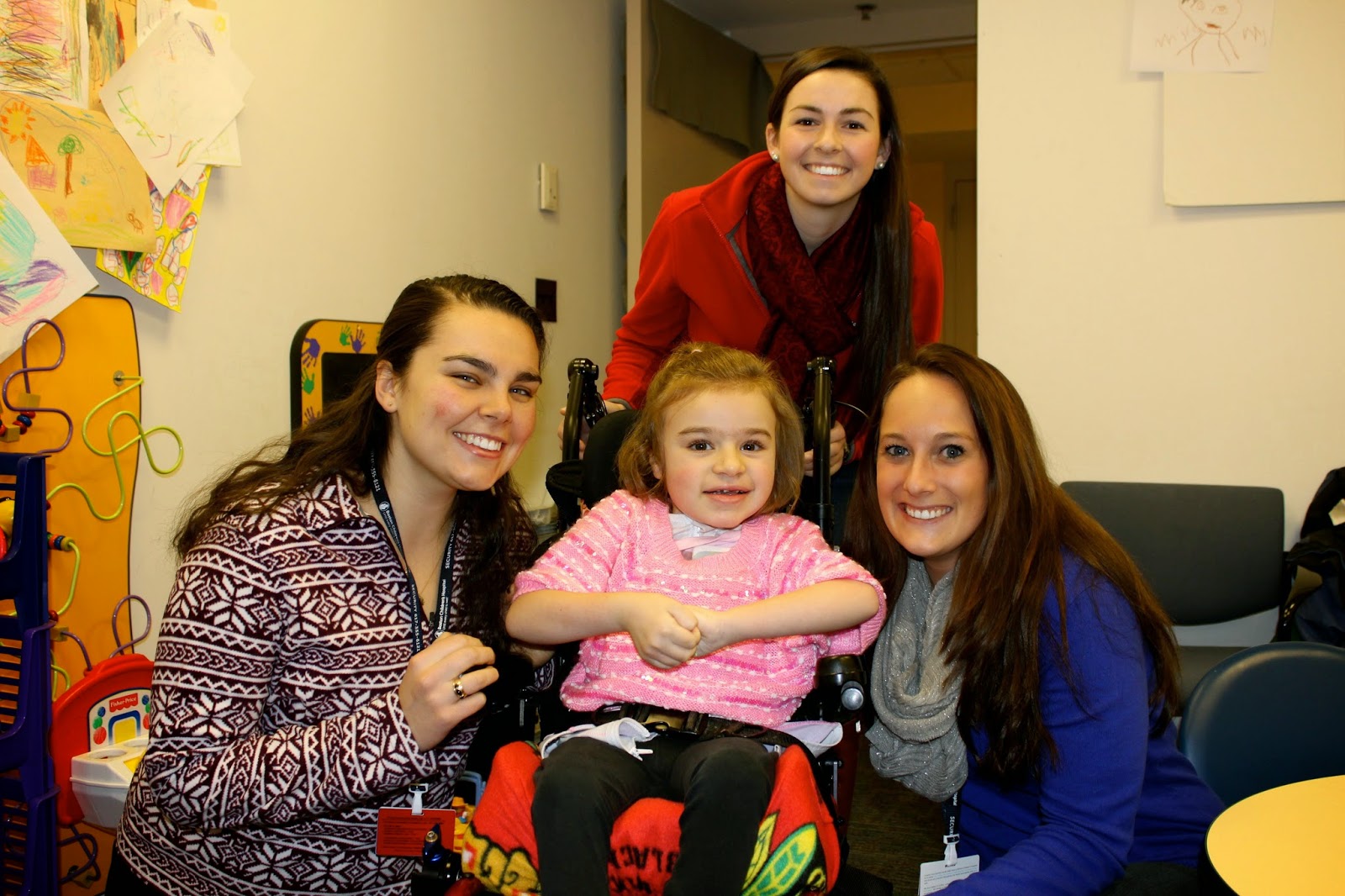 Patrick picked us up. As usual, she fell asleep during the car ride home. 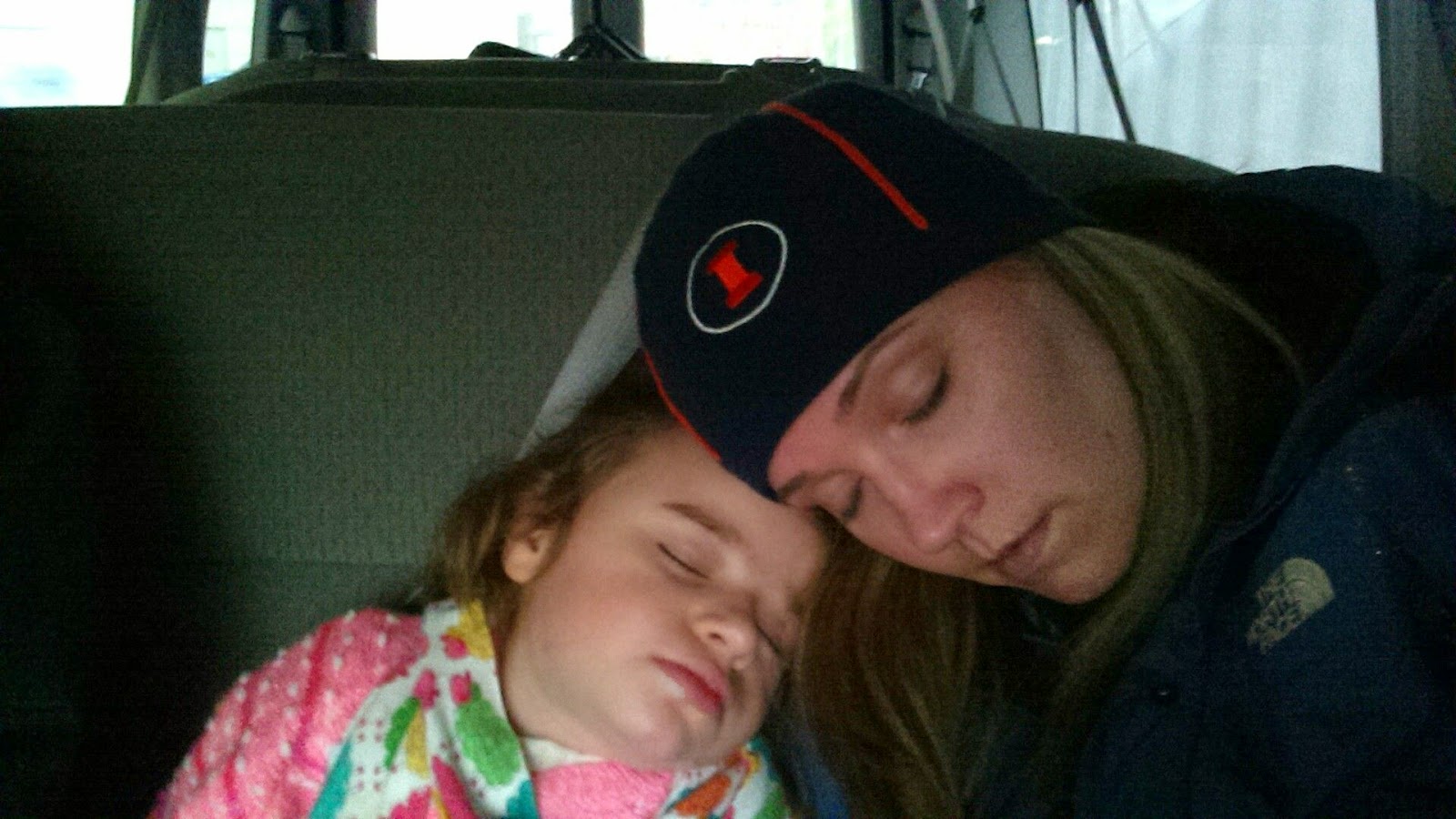 We headed back to the hotel, ate lunch and decorated the room with even more fun Christmas decoration that were sent to us. 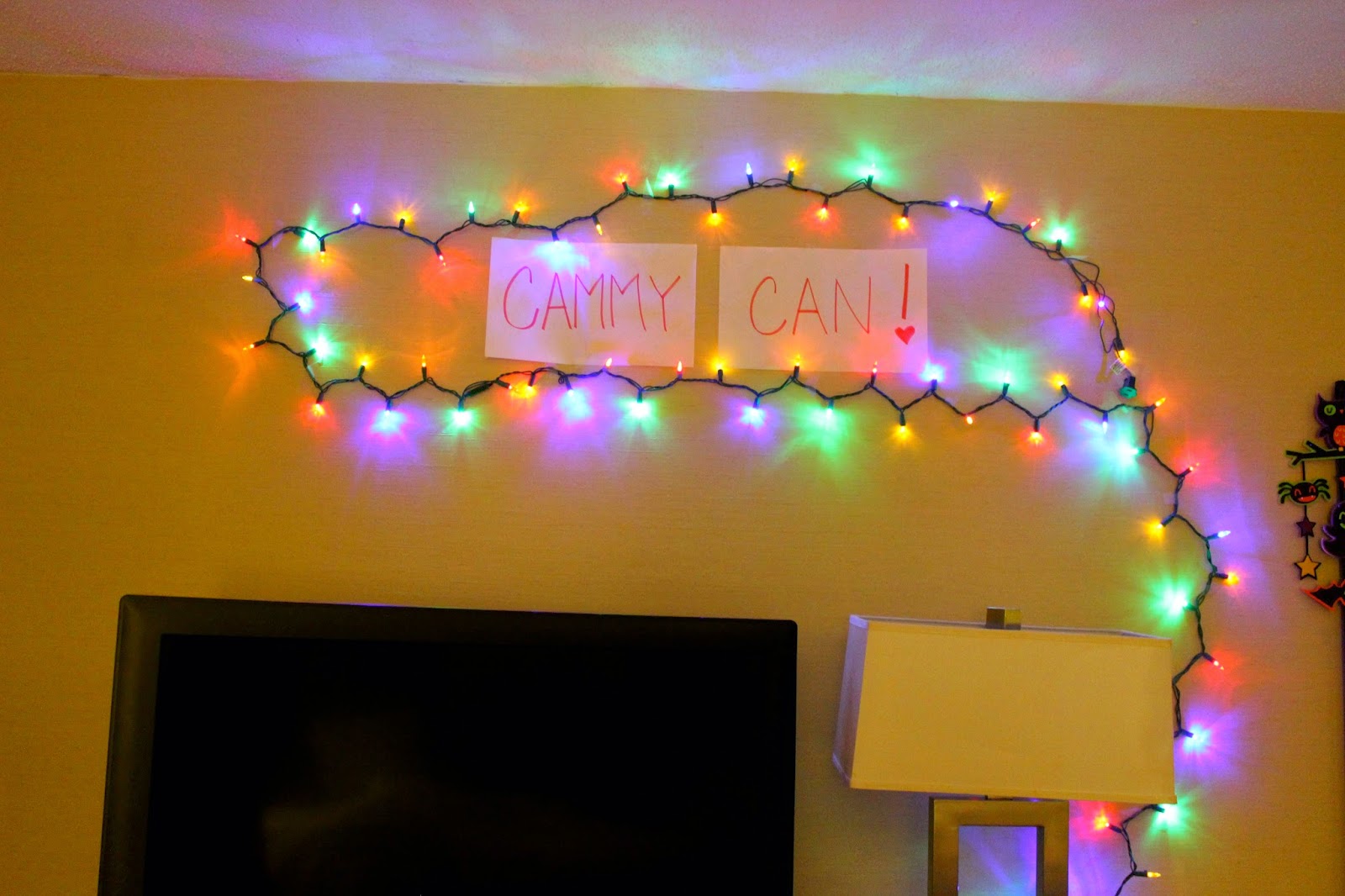 As we were heading out to our cozy little spot on the 3rd floor to our take out Hong Kong chinese food, there was a knock at our door.  It was our good friend A. Di Baglioni!   He brought another amazing tray of goodies for us. He wanted to visit again before he left for his break. 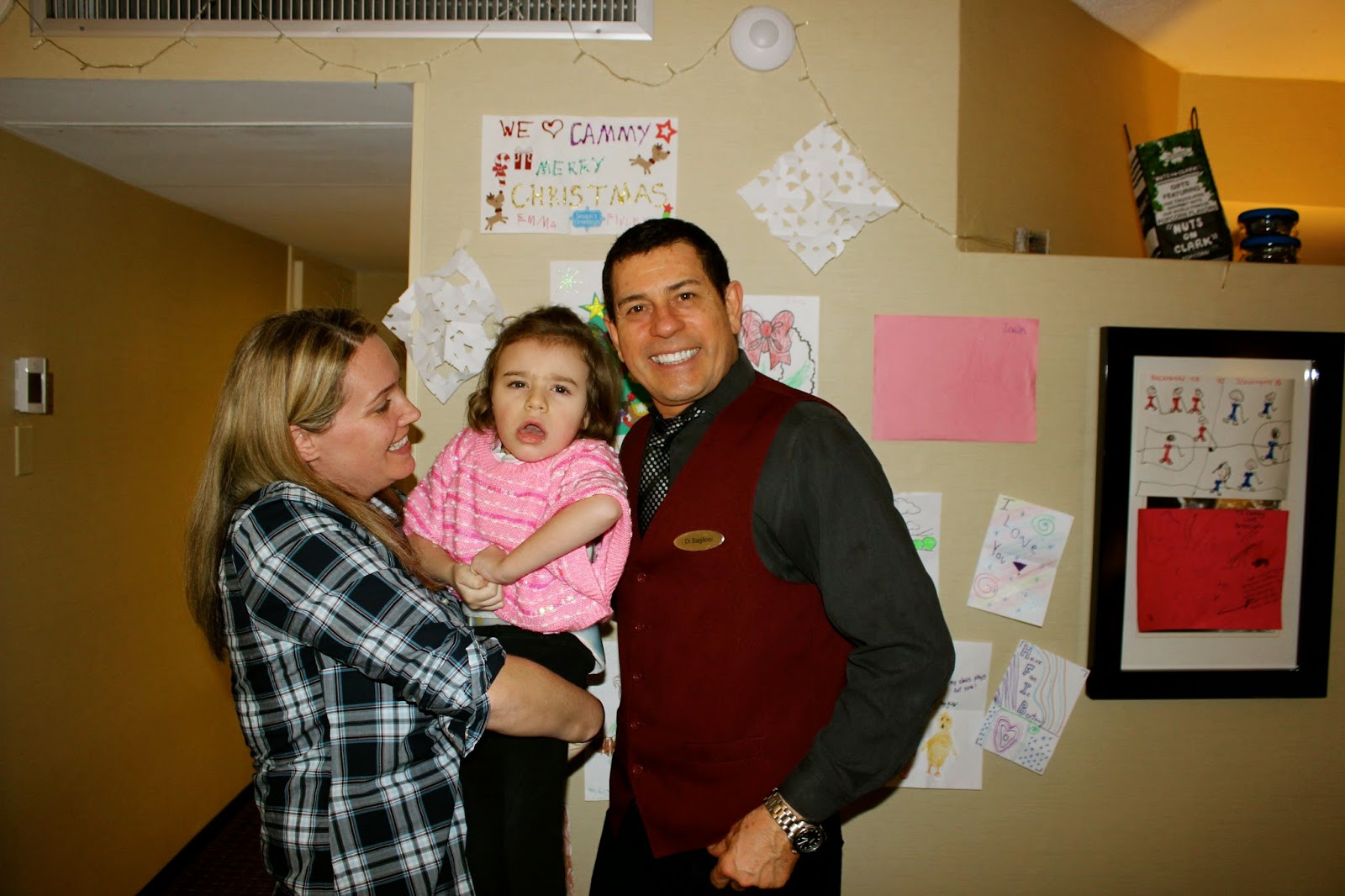 Cammy liked the cozy spot with a fireplace and Christmas trees.  She devoured her chicken friend rice.  She kept smacking her lips for more Hersey Kisses for dessert. 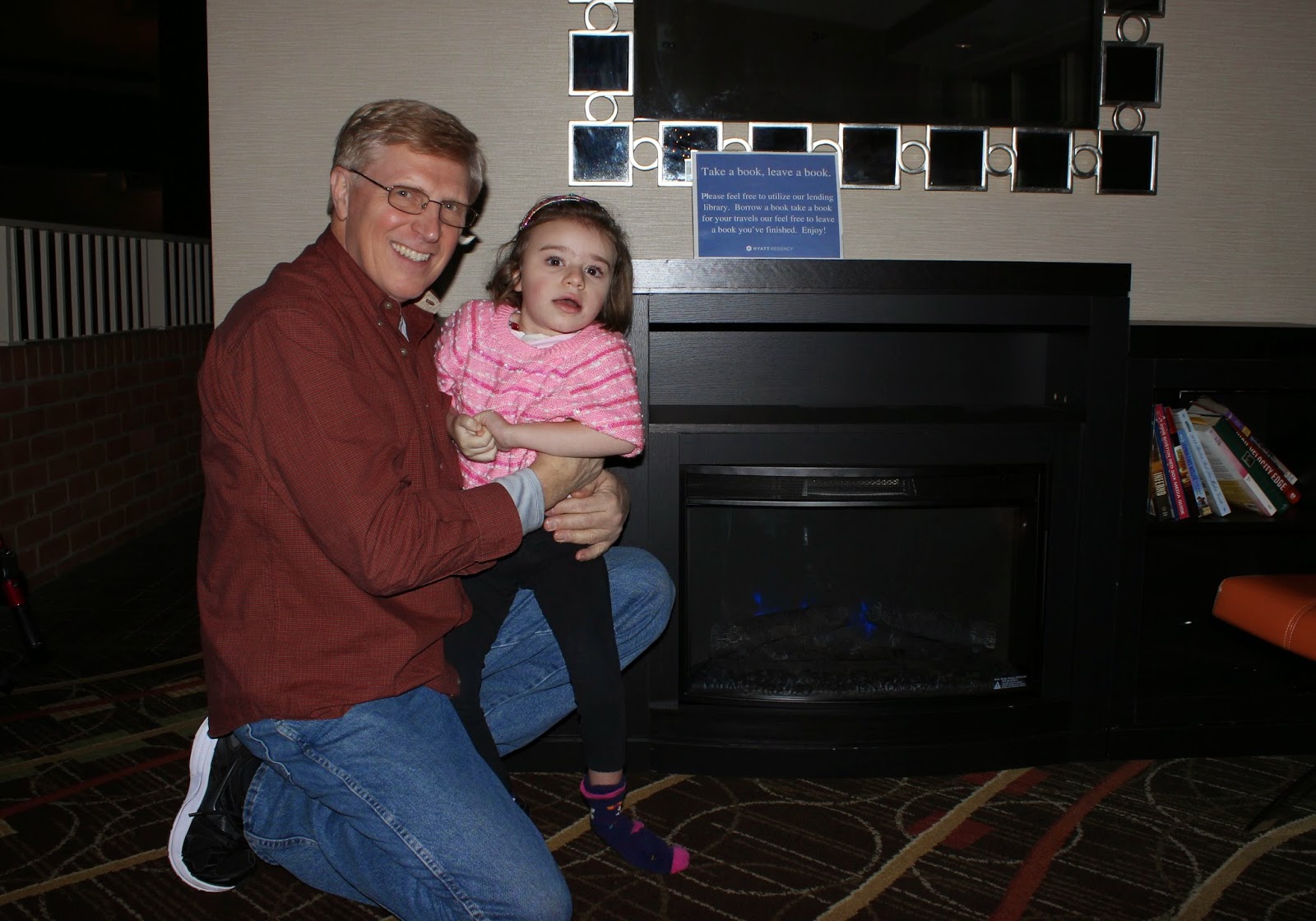 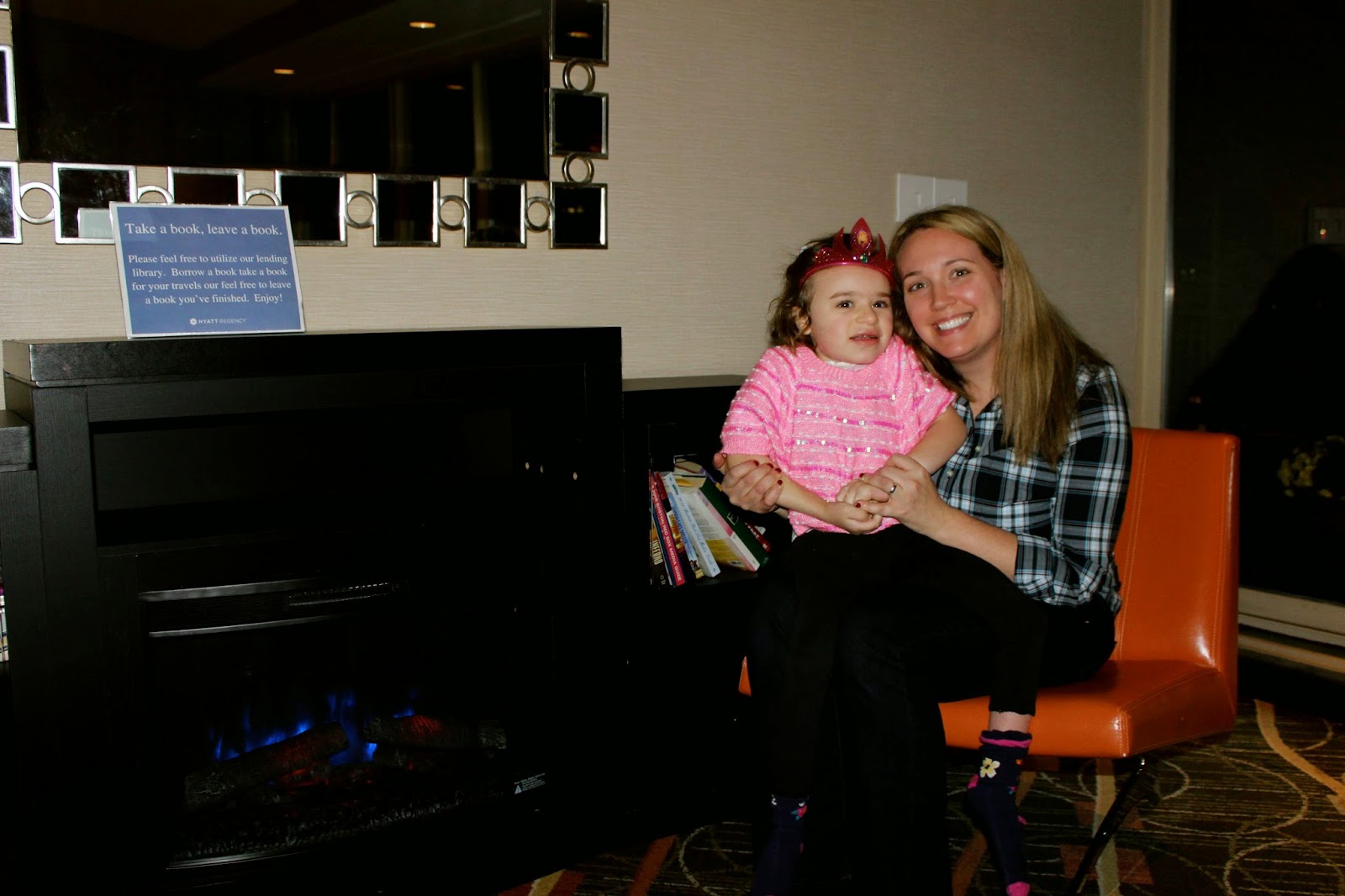 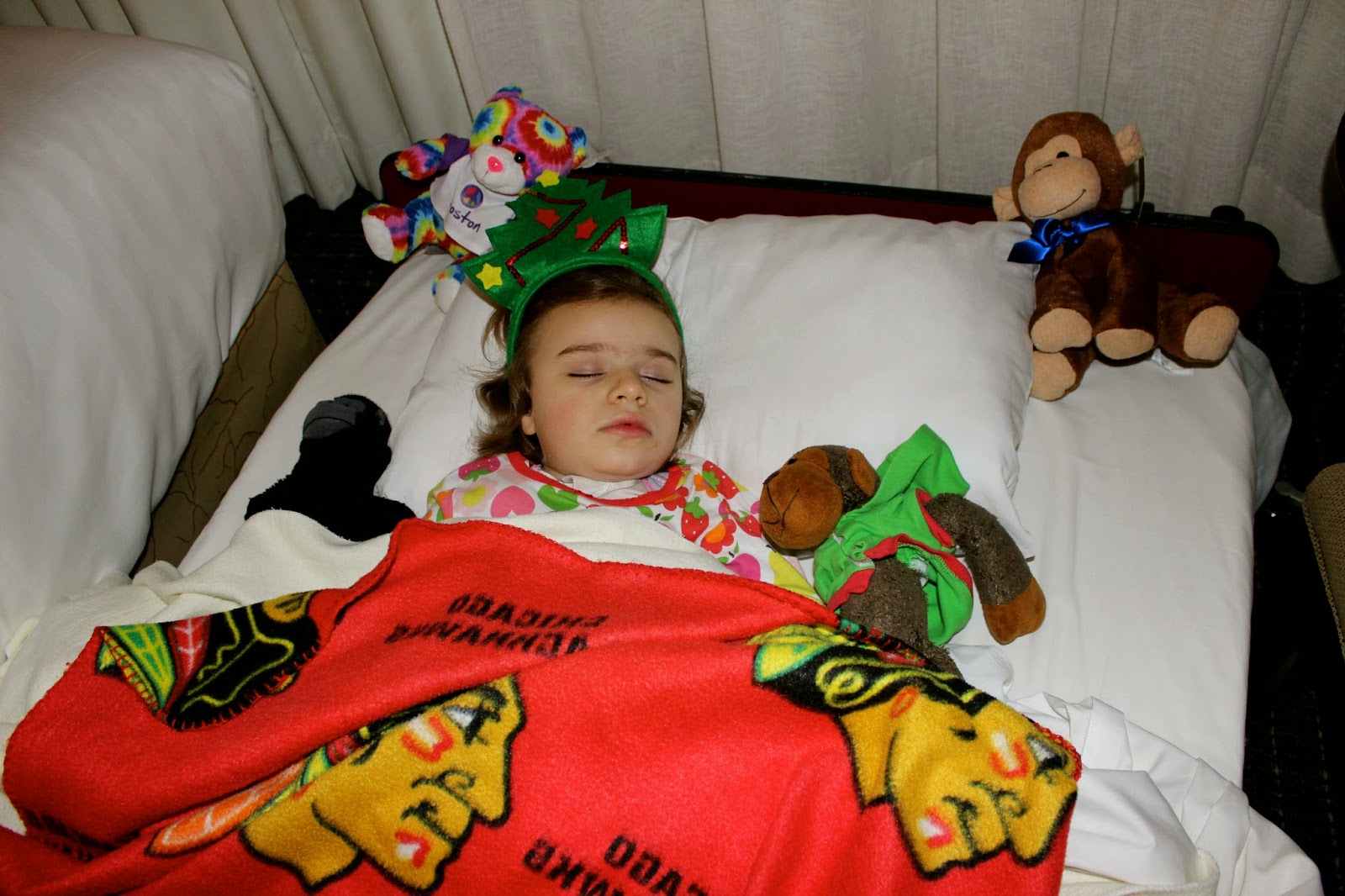 To join Cammy Can's Crusade against Rett, you can register for our March 21 fundraiser or make a donation at http://www.rettsyndrome.org/special-events/cammy
Posted by CammyCan310 at 7:07 AM