It's pretty hard to sleep in the same room as Cammy.  Between all the noises she makes settling in to fall asleep, waking up at midnight to a giggle fit that turned into moaning and groaning until 1, then waking up for good at 4:30, my pure exhaustion, sleep aid and ear plug couldn't drown out all of that in addition to extra snoring and the water in the bathroom sounding like it was running every 2 minutes. I was ready for an IV of coffee today!

Cammy and I went down for breakfast around 7.  Since the Hyatt is pretty dead this time of year, many employees are not working, so things like the breakfast buffet which has all our favorite staff members isn't up and running.  We had been so spoiled that ordering off a menu and not having her pancakes come out as Mickey Mouse was a bit of a bummer.  But some of our friends came to say hi and give us big hugs like Ivan, the manager and Robert, the executive chef.  We were told Ricky would be in tomorrow.  We are so excited to see him!

Cammy and I went for a quick swim after breakfast so I could stretch her out and she could wake up.  Swimming is totally her thing.  She gets so happy in the water.  I think she loves how free she feels.  We have a neck ring from http://www.waterwaybabies.com (No, I don't work for them.  I just pass along great product recommendations when I love something). that enables her to float in the water without me holding on to her.  She gets a huge proud smile on her face every time I let go and put my hands above my head so she knows I'm not holding on. 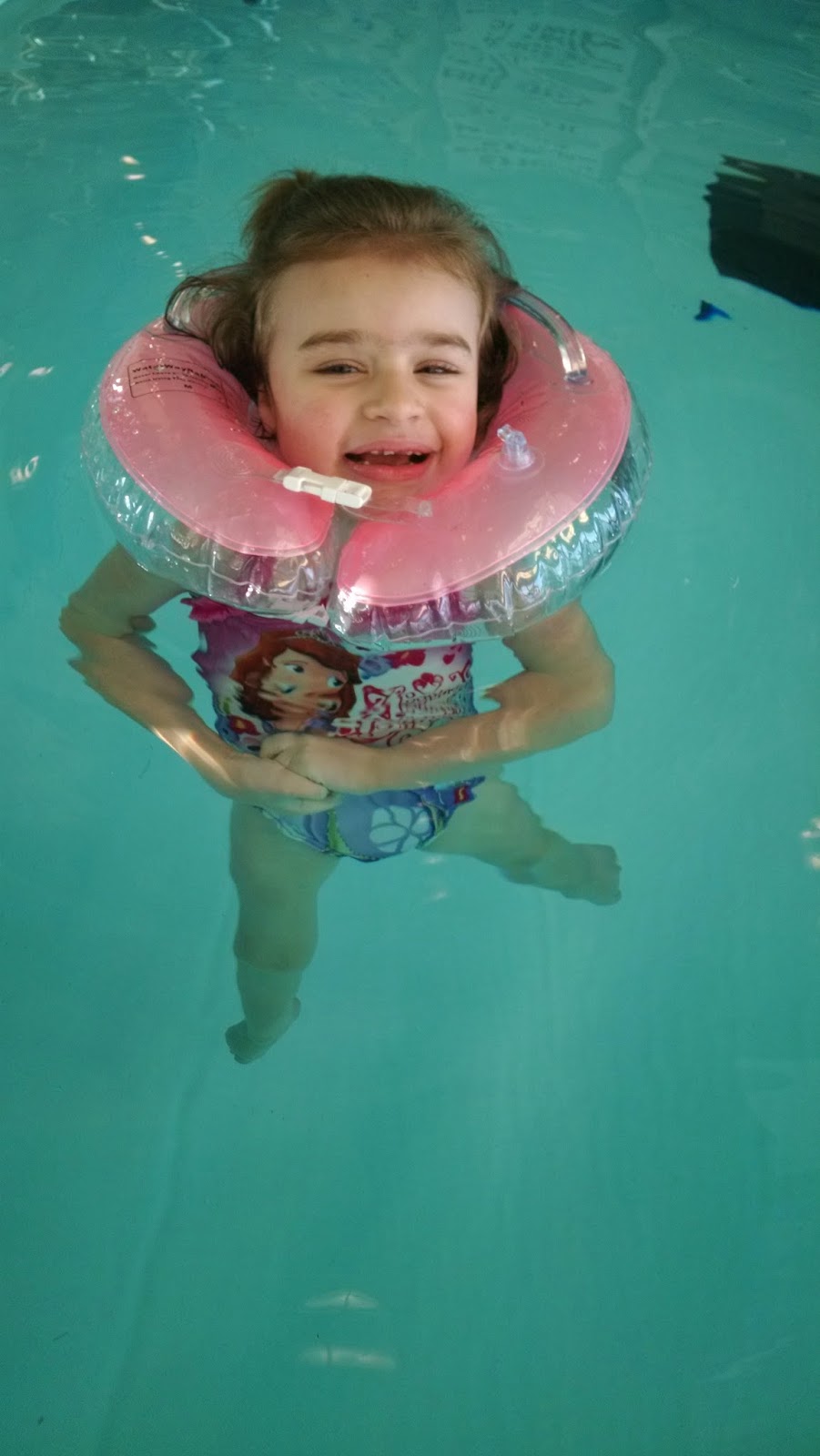 After swimming, we changed, jumped on the CT2 bus and made our way to the office on Autumn street.  Cammy naturally fell asleep on the bus while I was insanely jealous that she could get a 45 minute nap in.

There was another girl finishing up her autonomic testing, so our 11am time got pushed back a bit.  But that meant we were able to chat with Kate, Natalie and Grace more.  Cammy was pretty grumpy that she was woken up.  She wants to wake up on her own terms.  It takes her a while to snap out of that grumpy mood.

Gianna had finished her testing, so we were able to say hi to her.  We met her briefly during our summer visit.  She is 1 week ahead of us in the study.  Cammy was not in the mood to socialize or take photos.  She wanted one thing and one things only: to watch 2 hours of uninterrupted Sesame Street like she was promised. 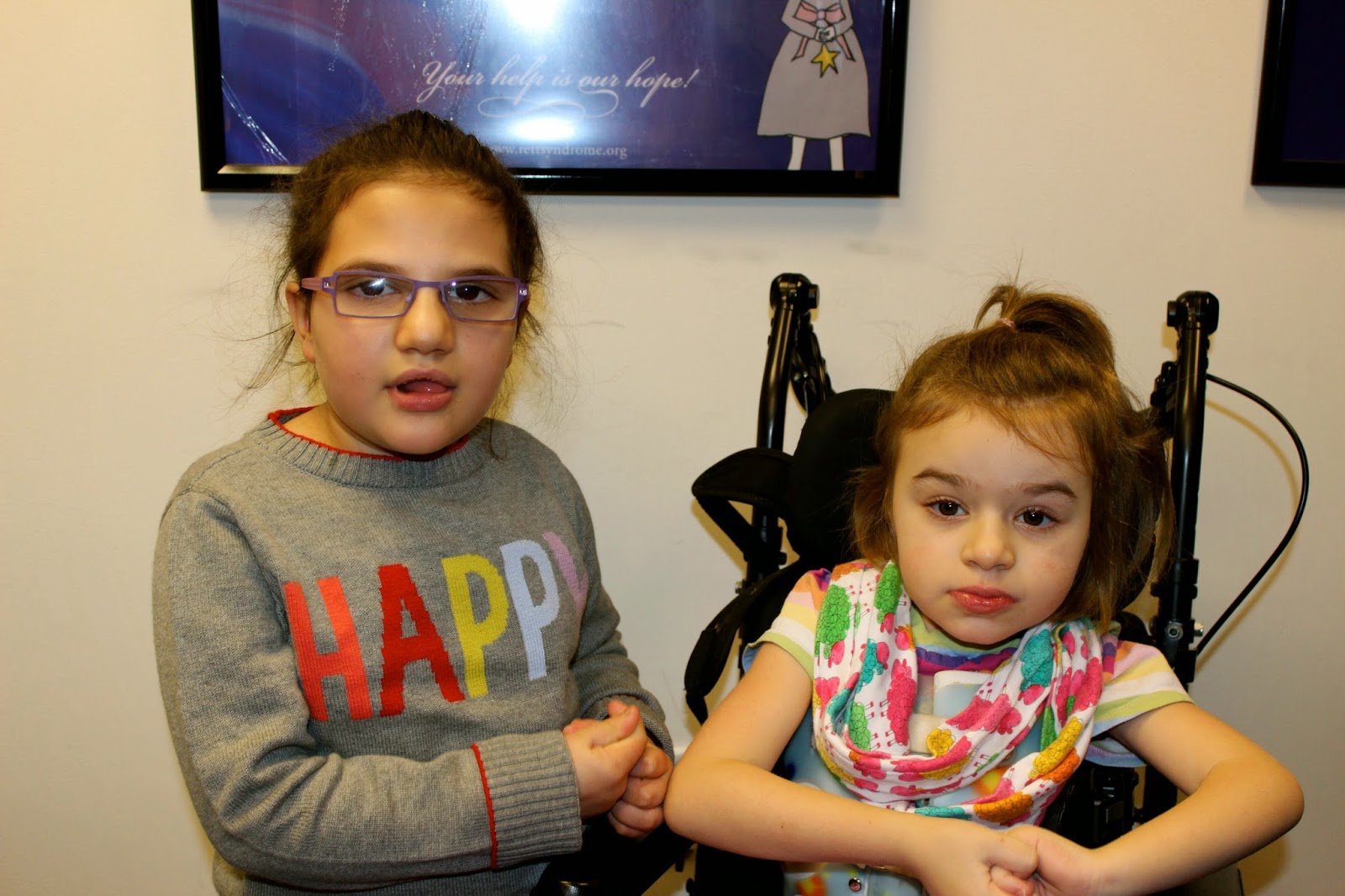 Natalie hooked sensors hooked up to Cammy's chest and Q sensors on her wrists for her first autonomic testing of this trip.  Cammy has . She has to sit & watch Sesame St for 2 hours (her idea of heaven) without eating, drinking, sleeping. They are tracking her respiratory (girls with Rett have breathing issues like hyperventilating, breath holding & blowing. We have not observed any breathing issues with Cammy), stress responses (Cammy has a high tolerance to pain), and the Q sensors track her hand movement. 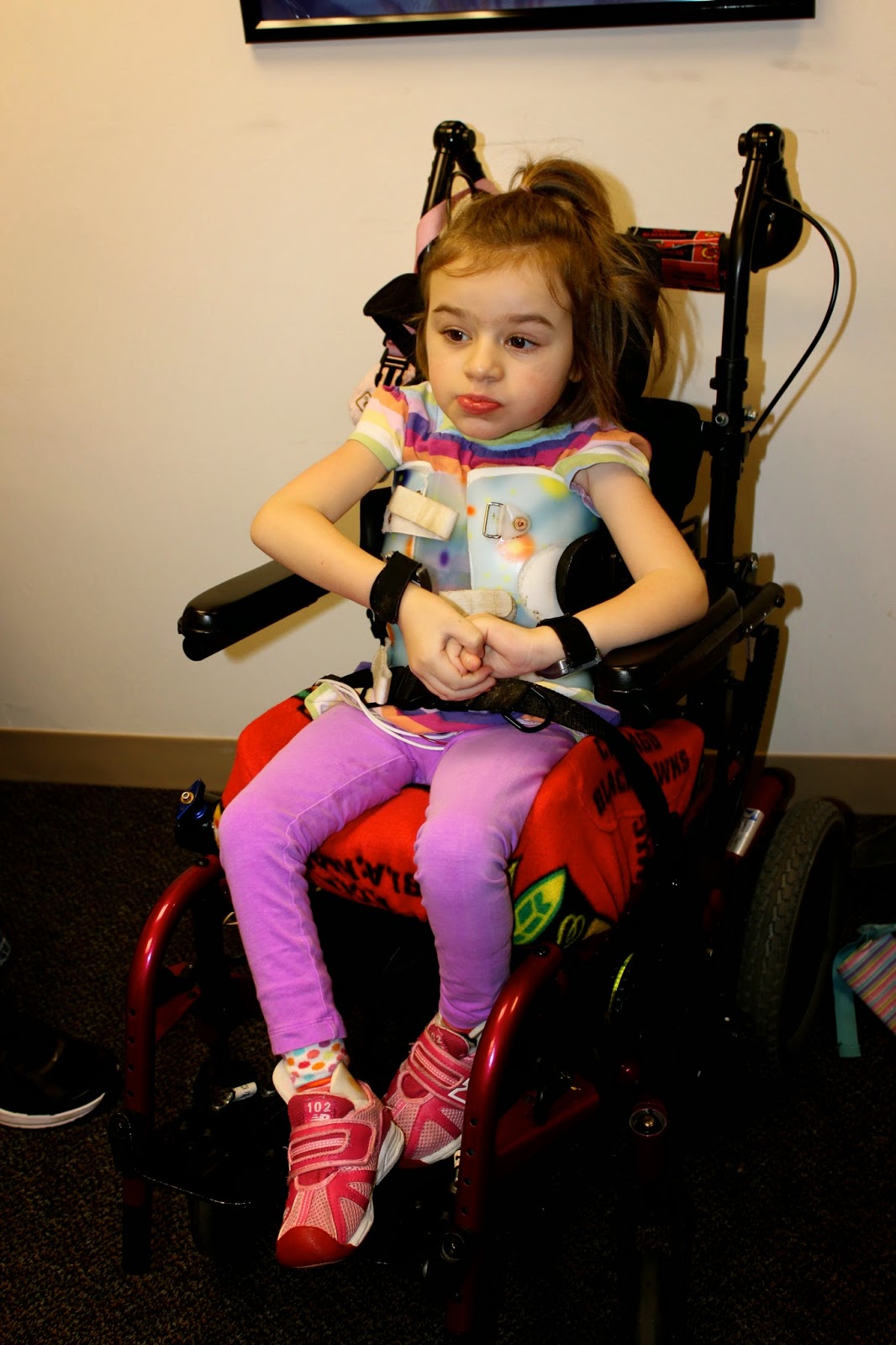 Cammy's mood dramatically changed once her Sesame Street came on. That grin stayed on her face for the next 2 hours, even when I had to give her her shot midway. 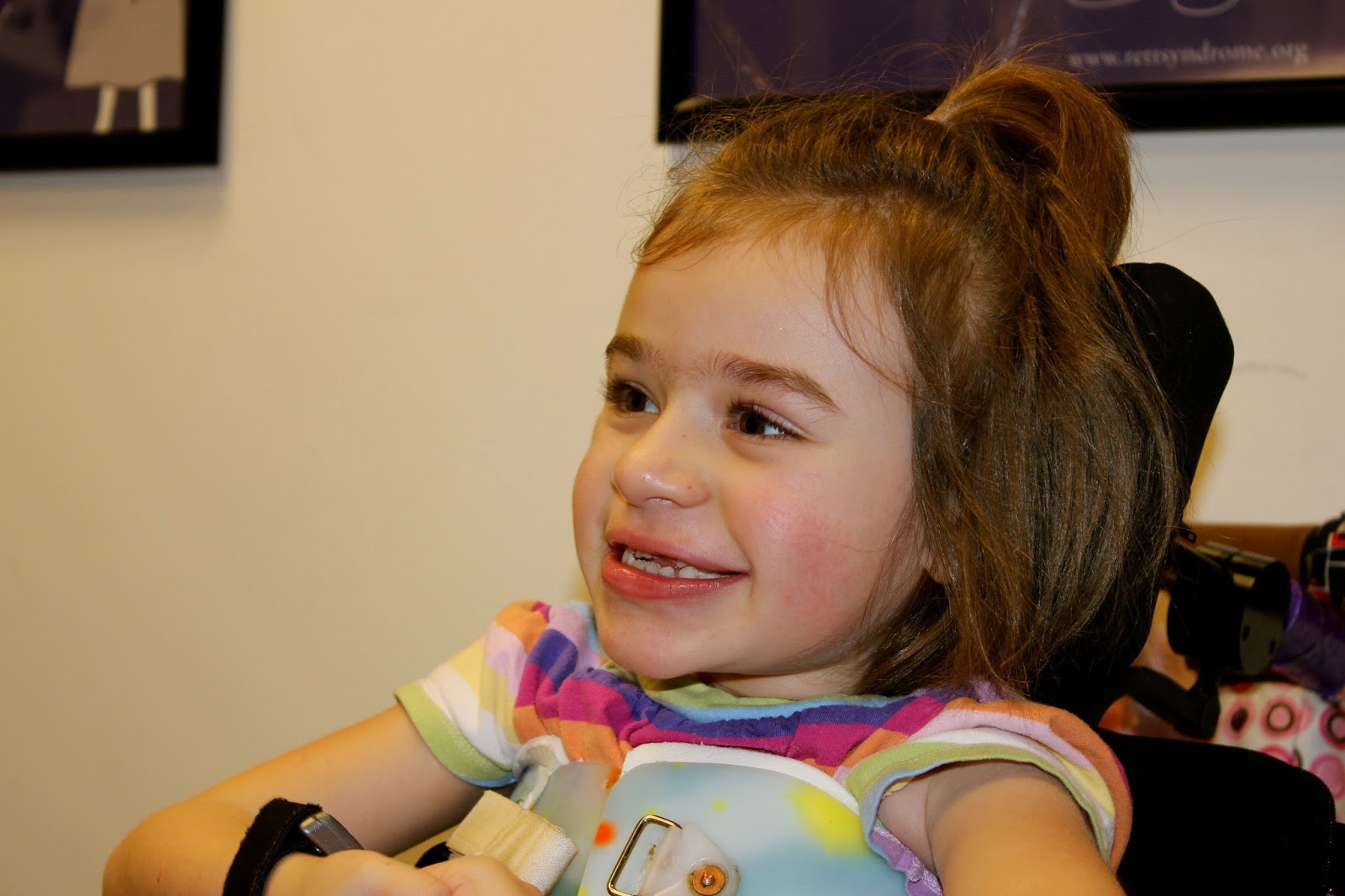 The team put all Cammy's mail into a new box they made during one of their "crafternoons" (I know, I can't get enough of that name either). 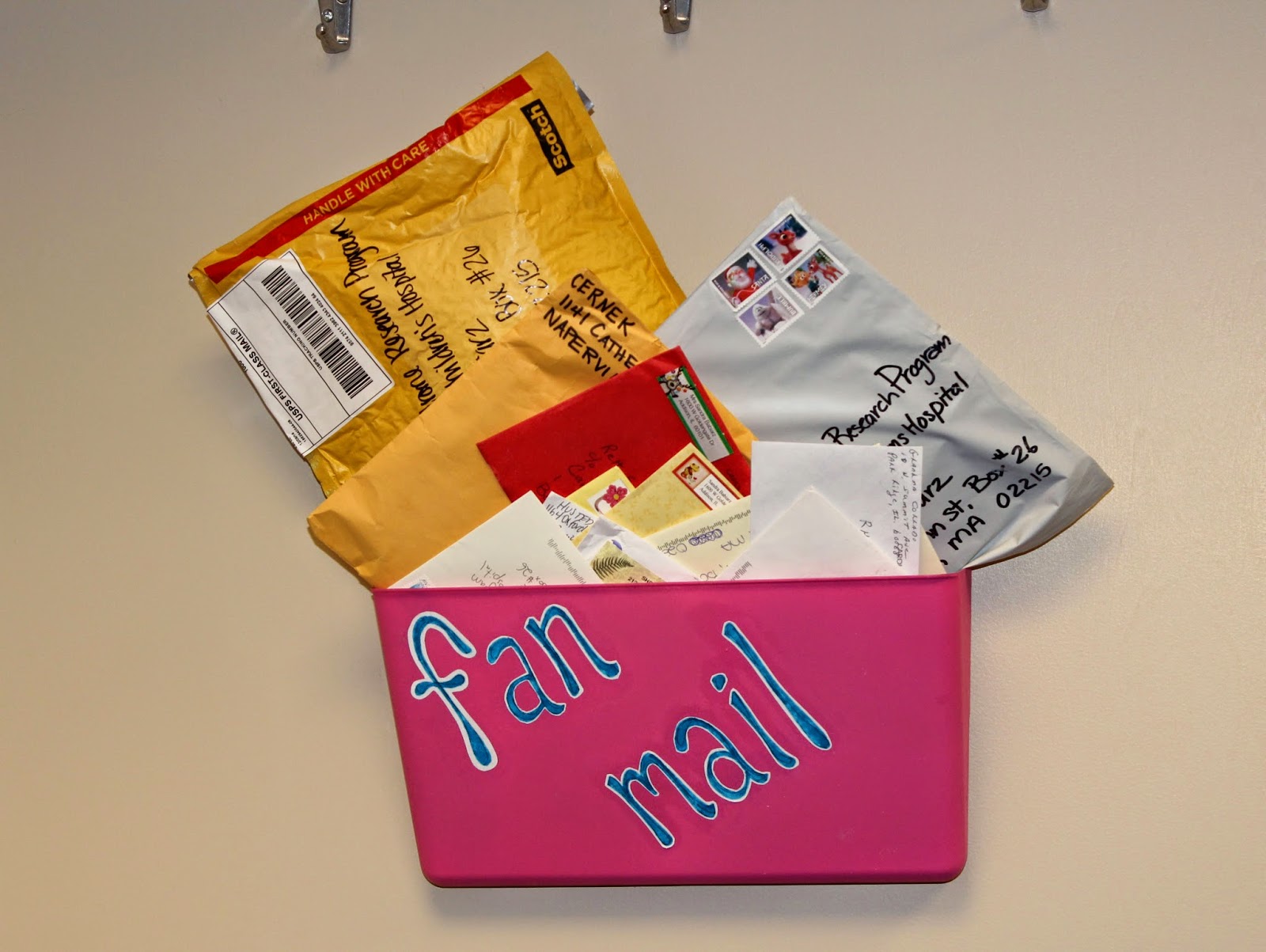 Kate came in near the end with another bundle of mail that arrived today for Cammy.  We cannot thank you enough for all the incredible notes of encouragement, hope and faith.  We read each and every one.   There were so many quotes that made me cry, beautiful drawings from children, and adorable gifts.  We will decorate the hotel room with the beautiful drawings. 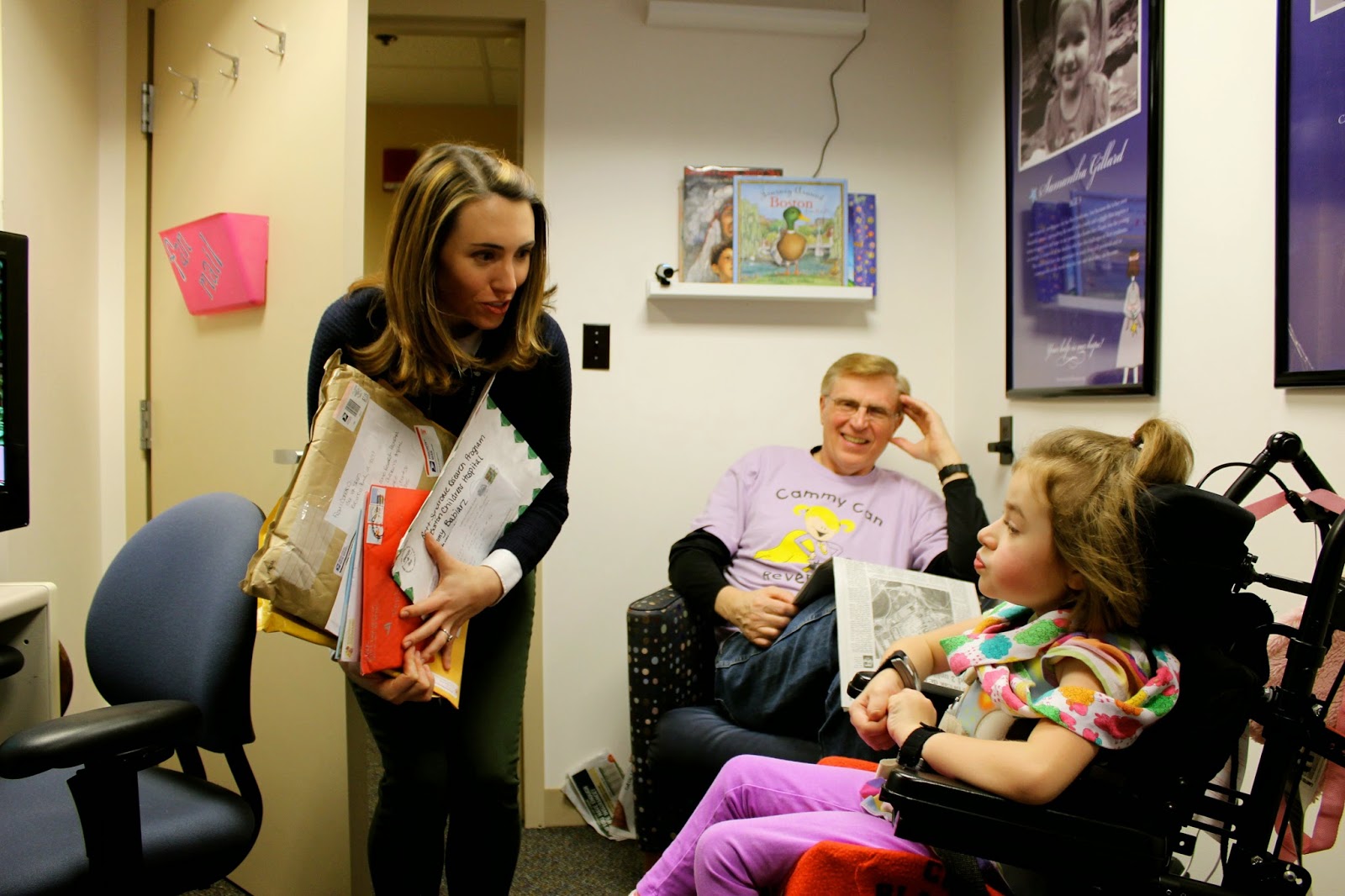 After we finished around 2, we stopped for a late lunch at the hospital.  We jumped on the CT2 back to our hotel.  Grandpa B took Cammy swimming again so I could do my part of study.  I have to speak with Kate via phone answering an hour's worth of questions about Cammy. 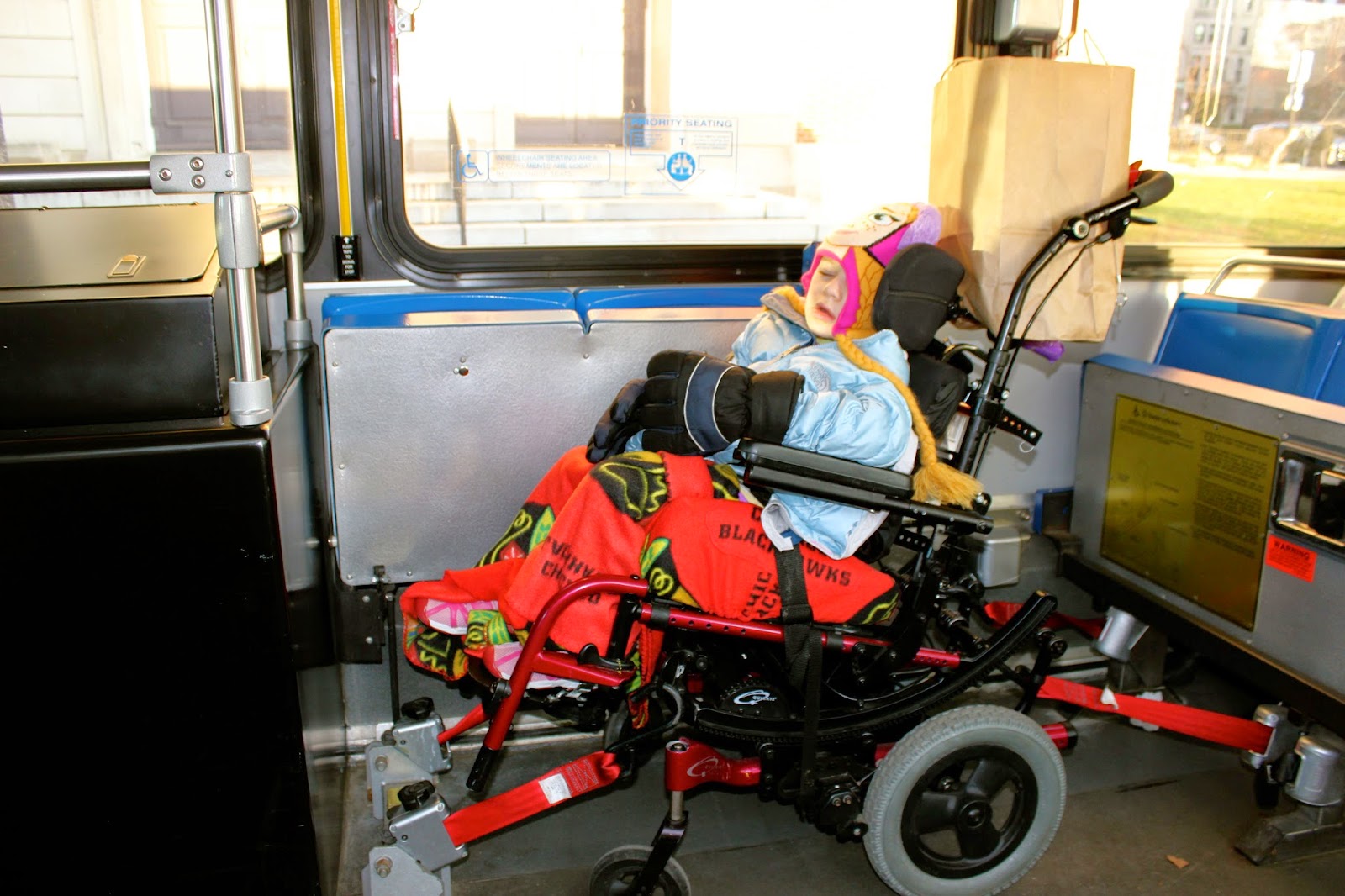 We ordered Chinese food and did Facetime with Ryan.  I miss that little face and voice so much.  She's had an awesome time baking and going to White Castle with grandma. 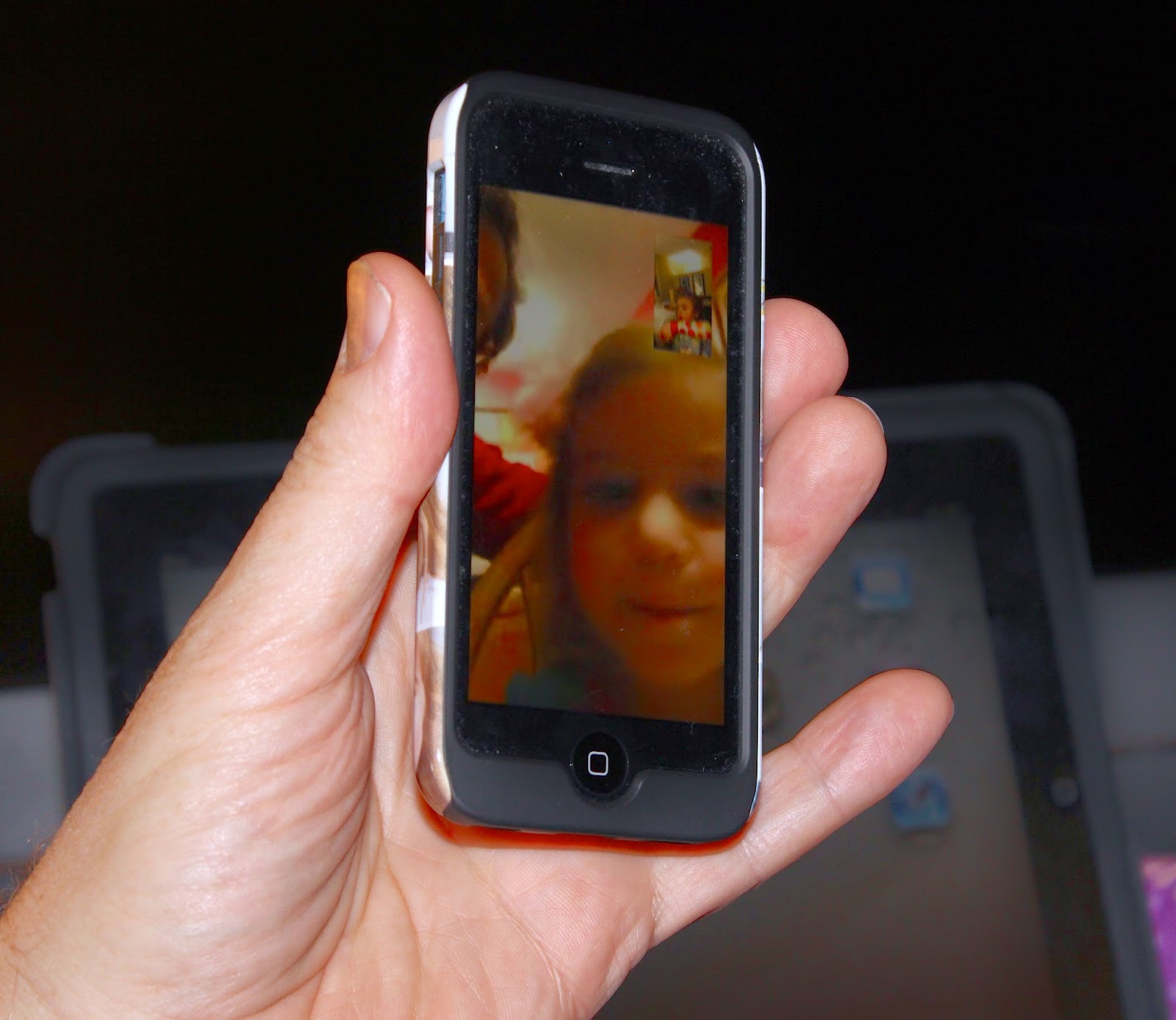 We opened and read a few letters to Cammy.  She couldn't believe she got a pair of slippers from 2 different people.  She was thrilled when I told her that she didn't have to share either with Ryan.  I was so taken back that there were letters and presents for Ryan in these packages and notes of encouragement to Billy and I too.  Thank you all for being so thoughtful of our family. 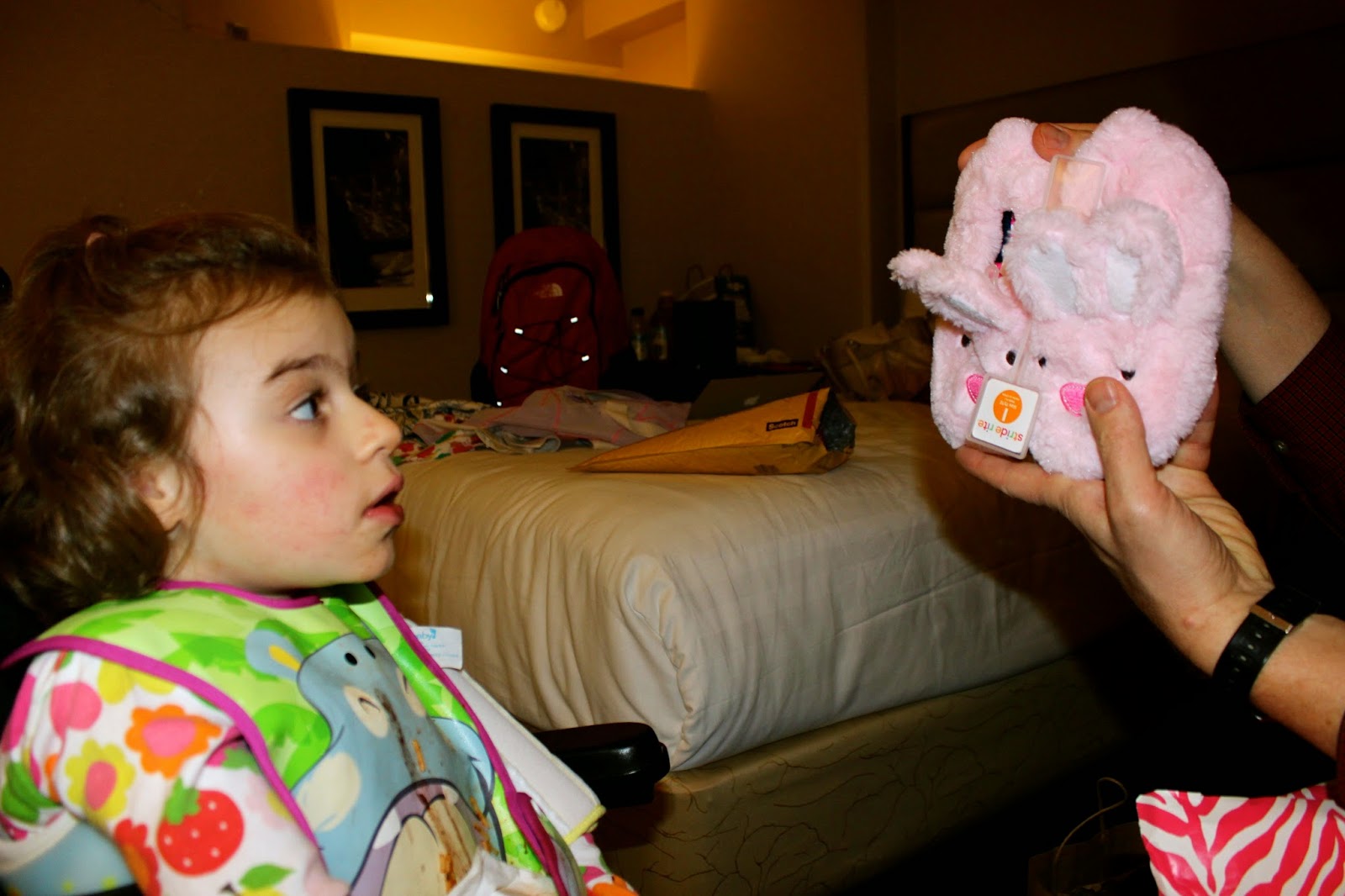 We have an early morning at the office tomorrow.  At 8am Cammy has the Mullen Scales of Learning test.

To join Cammy Can's Crusade against Rett, you can register for our March 21 fundraiser or make a donation at http://www.rettsyndrome.org/special-events/cammy